Heal now from the mess of childhood spankings

Heal now from the mess of childhood spankings

As an energetic healer with a shamanic perspective, I observe that spankings cause an energetic mess for the rest of the child’s life and it takes alot to heal this trauma. Spankings are a short term solution that effect the physical, emotional and spiritual body. So if you had corporal punishment or been spanked as a child, it may be a good time to understand the effects of corporal punishment or childhood spankings on your physical, emotional and spiritual body, so you don’t carry this trauma forward. Not only does it carry forward in your causal body, it also can carry forward in the way you parent.

“Child abuse is particularly likely to affect your adult life because it occurs at a time when your brain is vulnerable — and it often occurs at the hands of people who are supposed to be your protectors, says Roberts. “By abuse, we often mean things that are a lot milder than things people typically think of as abuse. It might include being hit with a hard object, like a whip, a belt, or a paddle,” says Roberts. “The behavior doesn’t necessarily need to be illegal to induce a traumatic response.” https://www.health.harvard.edu/diseases-and-conditions/past-trauma-may-haunt-your-future-health 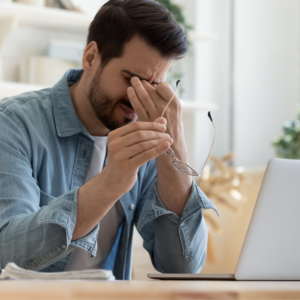 The Effects of Childhood Spankings That Can Heal

I help people heal and within that I see common markers in adults energy who have been spanked as a child. The common markers are chronic exhaustion, escapism and flairings of anger.

As this Harvard article says:

“Someone who has experienced trauma may have stronger surges of adrenaline and experience them more often than someone who has not had the same history. This causes wear and tear on the body.”

As well, if you are someone who suffers with adrenaline issues, there is likely chronic issues effecting the kidneys. This is because the body doesn’t recognize time. It goes into a state of unconscious reaction when there is a familiar feeling that the spankings brought up. Such as punishment, shame, anxiety and self hate. Even if there is no warranted need for punishment, shame, anxiety or self hate in the situation. 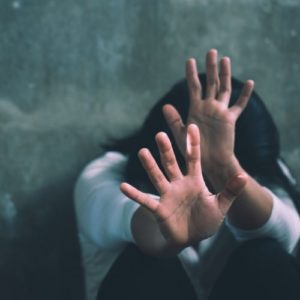 Simply put the unresolved trauma stemming from the effects of childhood spankings runs like a computer system in the background. You can rest all you want, but if the unresolved issue is left festering in the adrenal system, the adrenals are always in a fight or flight response. This can be healed at the root issue.

This could look like you are moving about your day and a sense of shame kicks in because you cut off a car when driving down the road. Unconsciously, a sense of shame or anger that you were in the wrong or not safe can come up. This is the shadow. The adrenals can kick into a fight or flight response, which effects the kidneys and how you rest in your body.

The effects of childhood spankings can be a conditioned flight response. This looks like escapism and numbness. Something triggers the system and the person vacates. As well, this response of checking out effects the vitality of the person. When you are not fully in the body, it is harder to operate the body and deterioration happens.

“People who are suffering from traumatic memories may try to escape them by participating in risky behaviors such as drinking, smoking, drug use, or even overeating for comfort. “Those can all be used as a coping mechanism, a way of dealing with emotional dysregulation that occurs when someone has been traumatized,” says Roberts. These habits, in turn, lead to health problems.”

From an energetic and awakening perspective to heal, when children unconsciously opt for checking out, this has long term consequences. Choosing escape is part of the flight mechanism and it becomes a habit that carries through to adulthood. Basically, there is a way to operate and not be fully in the body. When you are not fully in the body there can be a numbness that feels like peacefulness. Many people on the spiritual path are actually numb.

Furthermore, if one moves into escapism habits and checking out you are on target to picking up energetic attachments. I have links below talking about this subject.

A child can store their anger from the unjust abuse in their body. As well, children who have been abused have porous energy. That means they absorb other’s energy. So if the parent who spanked them was not stable, the child can absorb this causing anger to flare at times. Other people’s energy can be released from the energetic body in healing sessions.

As well, the child has many feelings that come up while being spanked such as helplessness. When a re-occurring feeling gets triggered in the adult,  the fight mechanism can trigger or the stored anger flares as a protection mechanism. This can look like a Karen.

Not everyone suffers the effects of childhood spankings

On a positive note, as a healer, I have seen adults who have been spanked once as a child and not really suffered. If the spanking wasn’t carried out in a reaction but in compassion or maybe the parent was stable, then there might not be an effect and no need to heal that.

This could also be a reason why:

“Your risk for mental and physical health problems from a past trauma goes up with the number of these events you’ve experienced. For example, your risk for problems is much higher if you’ve had three or more negative experiences, called adverse childhood experiences (ACEs), says Roberts.”

In conclusion, the effects of  trauma and spankings fester in the body on all levels.  As well, spankings are just an example of stored trauma.   The responses of fight or flight usurp your emotional and spiritual inner space. You can be moving about your day in a beautiful way and suddenly there is an adrenal surge bringing about an emotional outburst or numbness. If this is not healed at the root level, you attract the same type of pattern or conditioned response. The abuse may not be the same but the pattern repeats on a level. Once you heal this level, you may even be able to stay in the same relationships as you shift the pattern.

Spankings are on the rise