Recently I spent some time with some of my favorite people who do not know about entities. They are really good hearted people. If they did understand this subject, perhaps they could have influenced their son’s marriage. Learn how to recognize a negative energetic influence.

Over breakfast they spilled their sadness over their son’s soon to be ex-wife, and how they felt betrayed by her. You see, when she married their son, she had a good relationship with them. They opened their hearts to her, and her to them. After several years of marriage and several miscarriages later, she took a dislike to them. In fact, she and her husband are very wealthy, with a beautiful party house. Sadly once the party house was built, she wouldn’t allow any parties in the house. She went into isolating behavior and stopped opening her home with welcome arms.  Of course, these beautiful people were miffed. “What have we done?” “Was it all an act?” they wondered.

More importantly, I share this with you, to bring awareness. Most people think of entities on people as crazy people in the hospital and on the street. Sadly, this is not the case. The daughter-in-law demonstrates classic entity behavior. It is so sad that society does not recognize this as so much suffering has been created. Even, I feel, a divorce that didn’t need to occur. 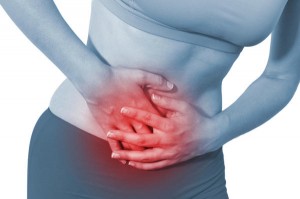 How to pick up an entity or attachment

You see, their daughter-in-law had several miscarriages. Quite easily she picked up an entity or two from the miscarriages. The classic way to catch an entity is by being extra vulnerable. Such as giving birth. Even while being born, if it is a difficult birth. At a funeral or around the time of someone dying.  Most often, during an operation where one is put asleep. Also around vulnerable times such as accidents, abortions, being drunk or on drugs. What all these things have in common is vulnerability of consciousness. Another way is during childhood when as a child, you were vulnerable. This is why it is important to create a safe home for children.

Entities are not that easy to catch

You must know, it is very difficult to catch an entity as an adult, so I don’t want you paranoid thinking that every time you drink or go into a hospital you could be under attack. It is just not that way.

One must resonate with the entity consciousness in the first place

Going back to the daughter-in-law. Why do I say she caught an entity? Because she already had a little bit of anti-social behavior. It was there, but then at some point, she became extremely anti-social.  You see, like attracts like. If she was truly social and loved people this anti-social entity or entities would not be attracted to her in the first place.  It is the law of attraction. So, please see. She is not a victim. It is Nature’s way of highlighting the shadow self.

Entity work is deep shadow work on a shamanic level

Ultimately, this is why when people come to me suspecting an entity, I do not just remove it right away. If an entity is removed without any shadow work done around it, the shadow self will still be intact.

Never talk to an entity

Fair warning if you suspect and entity, never ask the entity about it. It will tell you all sorts of fantastical stuff, so that you keep it. For example, once a person told me that she will keep an entity that we found on her. She talked to it and it told her it was an ancient dragon, and was here to learn from her. So, yes it appealed to her Ego and she kept it. What I can tell you: it was not a dragon.

In conclusion, no need to fear the subject. The bible and many spiritual traditions used to address this subject. Entities are just a small part of an ego. There to help you along, but are parasitic in the long run. Fear not my friend.  It is deep shamanic work now. Work that brings so much spiritual awakening and connection.