Awakening out of the System

Enslavement: Being partisan keeps us divided and enslaved

It is my thought that being partisan keeps people separate from each other and in the enslavement game from the powers that be. Who are the powers that be? Well, I don’t know, but they are obviously in the background. With this in mind, it is more important than ever to get out of labeling each other as it is keeping us separate.

Moreover, there is power in the people to stand united and move toward peace. This will dismantle the power structures. I believe that under each party is a team of elite who agree and want to keep the people enslaved. All you have to do is do some regression to see life after life where there is a force keeping the people small.

In other words, if we are saying another party is worse etc. there is no peaceful reconciliation and dismantling of the power structures. We need to listen to each other. Especially to someone you don’t agree with. Walk a mile in their shoes. See through their eyes. Gosh, if we did this, the world would be a better place. In other words, to talk of love is one thing, but to display it and do it is another. Politics is the perfect practice to accept and listen to each other. 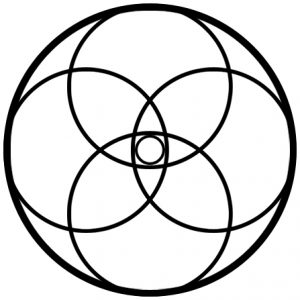 Engaging in name calling keeps us controlled and in enslavement

I am seeing name calling in the political atmosphere right now. Friends calling Donald Trump orange names for example. I believe, that not engaging in name calling and negative projection is of great value right now. One of the biggest things you can do is see your own judgement and how that fits in with the story of your life.

Another thought, to say one person is hateful or evil is not seeing the greater picture of that person. There is a movement towards love, but every time you say something negative about another, is not acting in love. This does not mean you roll over and do nothing. See the judgment and ugliness within that is being acted out on the outside.

Change within and you will all start to see a shift on this planet. Imagine a world where there was no name calling or inner judgement. We would then have a more aligned sense of discernment. Really, a more powerful collective unconscious.

What can you do to get out of enslavement

See that you can make a difference with the collective unconscious. Indeed, if all you can do is hold a space of higher connection for the planet and political scene now, then that is being of service. Moving towards action and being involved in something that touches your heart is being of bigger service. It is an action of love versus adjunct talk.

In conclusion, reach out and get to know someone who you don’t agree with. See the good in them. Find something! Unite with people. Truly love them for their differences. If you can’t find yourself out of the negative thoughts then it is time to do some inner work. I believe it is always time.